Karoliina Gröndahl is a documentary filmmaker from Helsinki, Finland. As a filmmaker Karoliina has a passion for people and diversity of human life, especially people on the outskirts of society. On the other hand Karoliina is fascinated by small everyday details, which she often examines in her work as well. In most of her films Karoliina is her own cinematographer and she  successfully transmits emotions through image.

Becoming a mother herself inspired Karoliina to start to photograph pregnancy portraits.

At the moment Karoliina is a graduate student at the DocNomads Joint Master Degree programme in Documentary Film Directing (2017-2020). The past two years of the DocNomads studies has brought Karoliina to live and study filmmaking in three countries: Portugal, Hungary and Belgium. The experience of making films in a foreign environment and adopting in new societies has boosted her ability to seek the unspoken realities anywhere she goes. Karoliina tries to understand the world around her using the film as a medium.

Before the Docnomads studies Karoliina directed her first feature length tv-documentary Elinkautinen (English title: Sentenced For Life) The film follows almost for two years a life of a 32 year old protagonist Henkka who serves for life in prison for a murder. The film shows the  everyday life of a long term prisoner coping between the prison and the outside society. Elinkautinen was produced by Finland’s national broadcasting company Yle and Karoliina received a script grant for the film from AVEK The Promotion Centre of Audiovisual Culture. The documentary was broadcasted in December 2016. 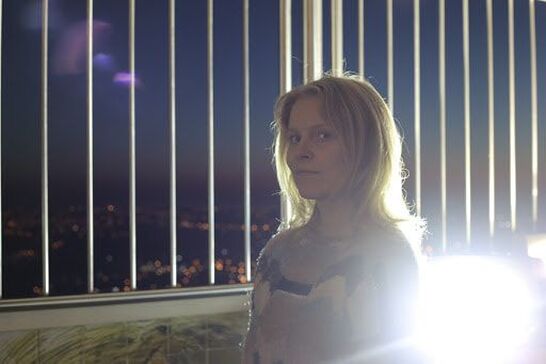